Employee Conduct – The straw that broke the camel’s back!

A cautionary tale about closing your eyes to employee conduct problems

Let me ask you a question. Can you relate to the scenario below? Obviously not in terms of absolutely every detail…but do any aspects of it sound like they could have the potential to be a little too close to home?

The straw that broke the camel’s back…

There’s an employee in your company. And there have been some ongoing problems with that employee’s conduct. But nothing has been done about it because everyone’s just too busy. The employee’s been with you for ages and the fact that there have been some problems…well, it’s just one of those things. You’ve enough on your plate to deal with. They know the ins and outs of how the company works and what they’re here to do and to be honest, if you rocked the boat, it just creates more hassle. And besides, it’ll be fine if it gets a bit too out of hand because even if you need to give them an earful, they won’t make an issue of it. A few heated words might be exchanged, but then everyone will just get back to it.

Except it doesn’t quite work out that way.

One day the employee oversteps the mark – again – but on this occasion it draws the attention of someone else: maybe the managing director or another senior leader or perhaps the operations manager. They are up to their eyes in it trying deal with their own job. They’re managing customer issues, they’re caught up in sorting out a supplier problem and they’re also trying to pin down some new contracts while also attempting to secure some tenders that have recently been submitted.

The employee’s behaviour on that particular day turns out to be the straw that breaks the camel’s back. The senior manager snaps. And tells the employee in no uncertain terms – and possibly in some very colourful language as well – to leave.

The employee doesn’t know where they stand. Have they actually been sacked? Should they turn up for work the next day? Why’s this suddenly come out of the blue at them? They’re upset. And it’s not long before they’re very angry too. To the point where they want revenge.

Luckily for them, they have a friend who knows about employment law. They have a drink together and the friend says that if no process has been followed, and if this is the first time they’ve heard about their behaviour being a problem…well, they could have a really strong case. So off the employee goes. To find a no-win, no-fee lawyer. Because they are going to sue your company for unfair dismissal. And to be honest, if the employee has two or more years’ service, they’re likely to be successful.

How do you avoid getting into that situation?

You may or may not be able to picture that happening in your company.  But these kinds of situations can be more common than you might realise, where employees behave in a way that should be dealt with as a disciplinary matter but historically, for whatever reason, no action has ever been taken. No one has attempted to sort out the issues with their conduct, there are no formal records of any problems, and no process has been followed. In those types of circumstances, a company is putting itself in a very vulnerable situation.

You must deal fairly and consistently with employee conduct issues

If you don’t deal fairly with these types of issues, and it leads to a dismissal, then that dismissal is very likely to be deemed unfair by an employment tribunal. And to deal fairly with such an issue, you must have followed your disciplinary procedure, going through all of the applicable steps and conducting investigations as necessary. It might sound complicated and time-consuming but if you don’t do it, you are putting your business at risk.

Those risks will include the cost and time that your company will need to spend on defending the claim. If you lose, then the company will also have to pay out for the award made. Unfair dismissal awards are made up of a basic award which is based on the employee’s age, length of service and weekly pay. It’s calculated in a similar way to redundancy pay and is currently capped at £16,320. And then there is also a compensatory award decided on by the tribunal to address the loss faced by the employee because of the dismissal. There is a statutory cap to this element too (currently £89,493) although it has been exceeded where the reason for dismissal relates to whistleblowing or raising specific health and safety issues.

Invest in HR support for proactive management of employee conduct

The employer from the earlier scenario has a real problem on its hands with employee conduct. So where does it go from here?  The company can’t avoid the situation but it’s not commercially viable to dedicate all the time now needed to defend the case either.

That is where we can come in, to support you if you are in that situation or if you’re concerned you might have a problem that’s developing which bears a worrying resemblance to aspects of the scenario we outlined in this article. Far better of course is to act now with proactive management that avoids you being in those circumstances in the first place. If you don’t have a dedicated HR professional in your company or you have a small HR team but they need some extra support, you could think about whether our retained HR services could help you. You’ll benefit from having a dedicated HR advisor who will get to know your business and help you with all aspects of effectively managing your people and complying with employment law. Alternatively, our banked HR services enable you to access the HR support you require as and when you need it.  If you’d like to know more about the HR services we offer, please do get in touch with us.

I am delighted to be a finalist in the Nachural Summer Business Ball & Awards 2019 in the category Customer Service Excellence.  More news to follow!
Read More 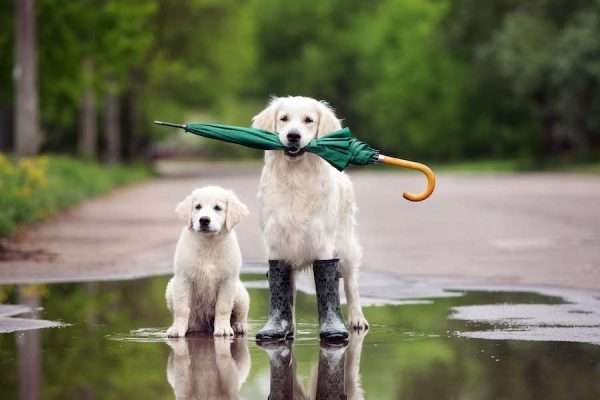 Are part-time employees entitled to take bank holidays off? There is no statutory right to bank holiday entitlement for part-time (or full time) employees or for them to be paid.…
Read More